The cat is really out of the bag now!!

Port and upscale of the Fat Cat Attire to the TBSE and Bibo+ bodies.

– Bibo+ comes in the default 4 chest sizes and 3 leg sizes.
– The Loungwear for Bibo+ comes with the option of default Bibo+ fingers and also Illy’s False Nails upscale.
– TBSE comes in default and TBSE-S sizes.
– The Loungewear for TBSE comes with the option of default TBSE fingers, Mimi’s nails, or my False nails upscale.
– As always, expect some warping on larger chests, and minor warping/clipping in extreme poses.

As a bonus, I have also included edits to the Fat Cat Hood for EVERYONE that:

– Shows hair, and acts like a hat to make it easier for hair with hat compat to fit.
– Has been expanded to fit modded hair a bit better, but do expect clipping with longer/bigger styles, as well as clipping with Au Ra horns.
– Gives ears back to bnuuys, but bear in mind most hairs will clip if they don’t have hat compat for bnuuys.

Big thanks to Tsar and Illy for the TBSE and Bibo+ bodies, Illy again for the Bibo+ False Nails upscale, and to Mimi for the TBSE-S edit and nails edit.

Like my work? Feel free to send a ko-fi! (https://ko-fi.com/freyapurrito)

Come hang out in the Tea House! (https://discord.gg/ztjhFBV5jN) We have mods and poses for both genders, as well as some fun server exclusives!

General perms
– Don’t claim my work as your own. That’s stinky.
– Please contact me if you want to edit this upscale further and are going to publish publicly.
– Don’t use my work in any paid commissions or work without explicit permission.
– Don’t use my work for any Lala NSFW.

UPDATE: Added the Slippers as an edit to have TBSE and Bibo+ skin! Also added a metadata option for the Loungewear to show tails, the Fat Cat tail will still poke through so this is best for large tails! 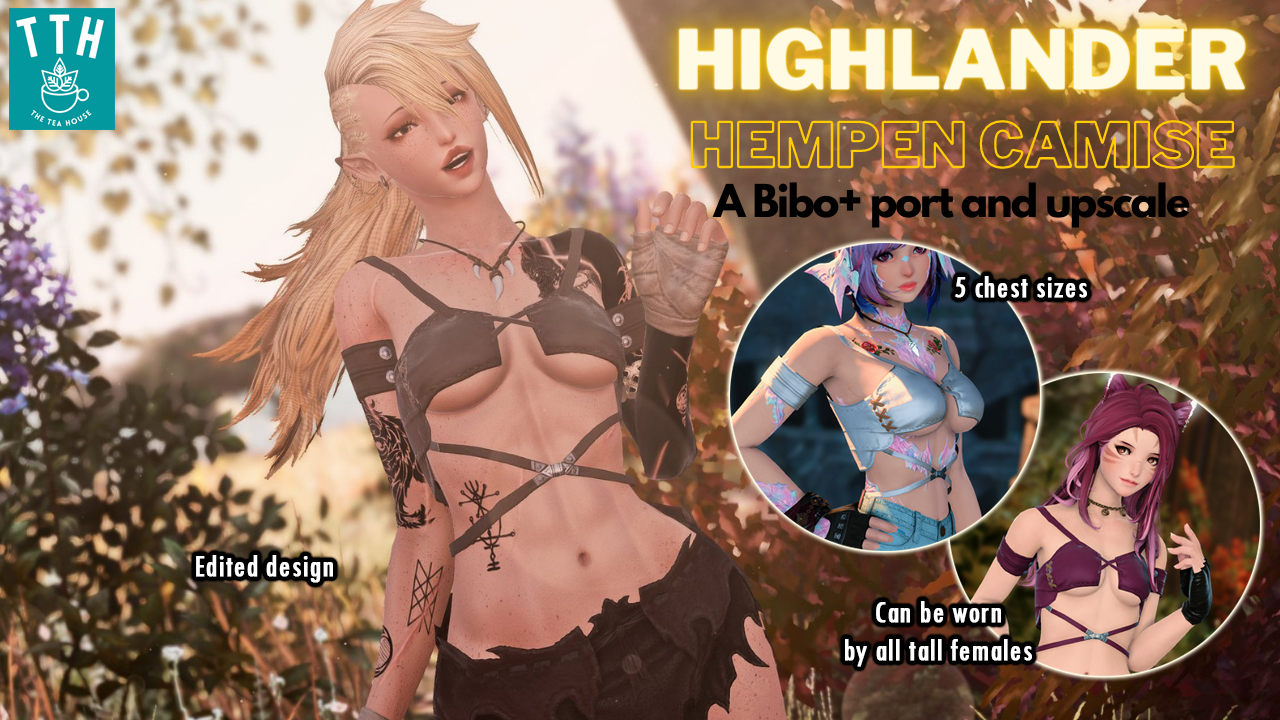 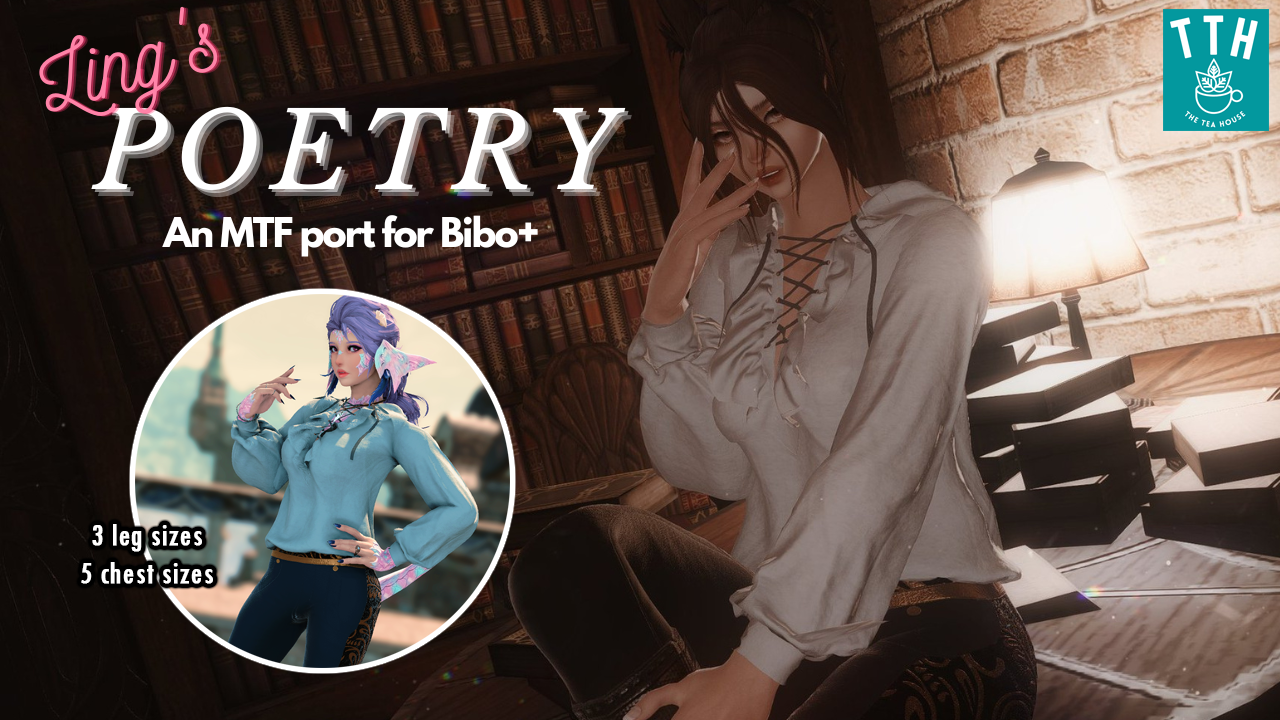 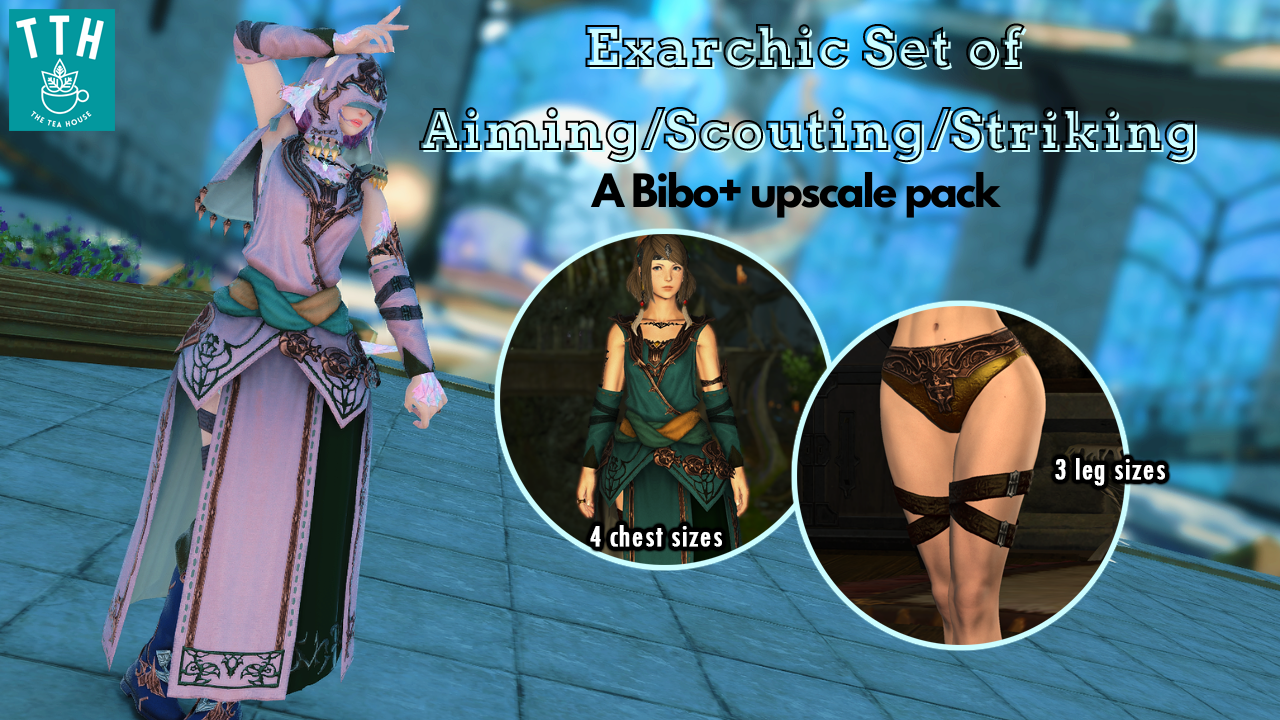